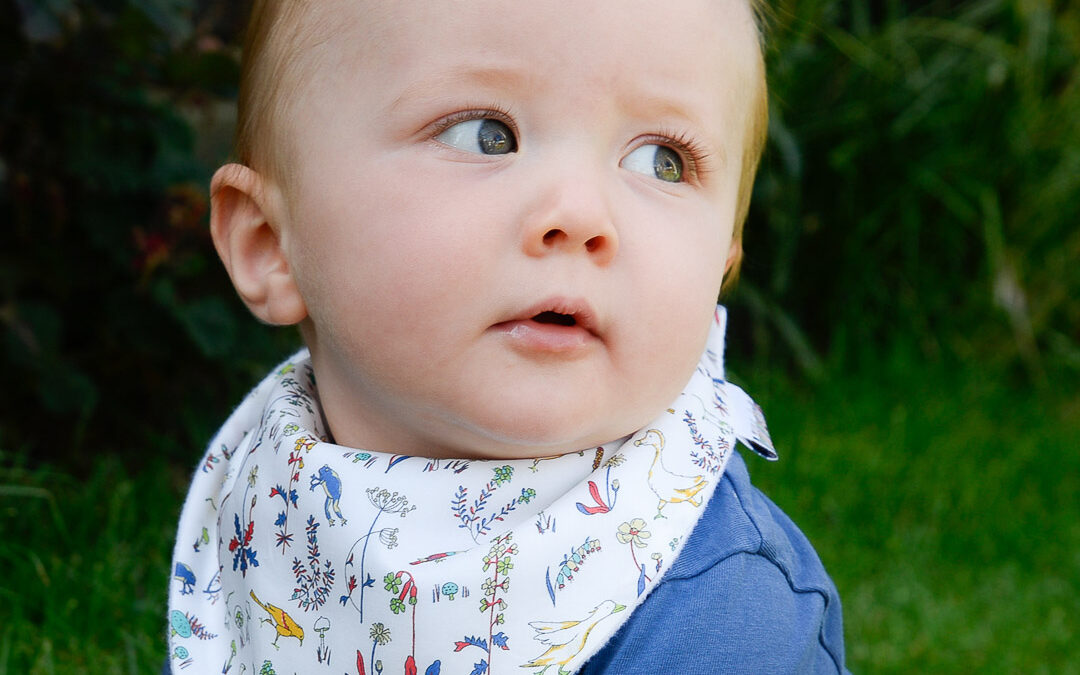 The Liberty department store opened on London’s Regent Street in 1875. Liberty of London fabric is synonymous with classic florals, charming colour palettes and delicately detailed prints.  Dribblebuster has been inspired to use Liberty fabrics for our baby bibs, as have so many famous designers through history. 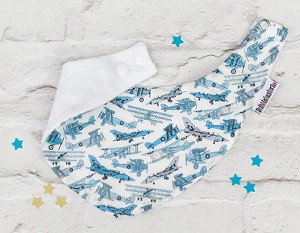 Toms Jets – Liberty pattern based on an illustration by Brian Wildsmith

We loved the range from The Story Book Collection which was a limited edition and used several designs for our baby dribble bibs.  Some of these that we still have in stock are Toms Jets.   This design is a detail of planes taken from an original illustration by Brian Wildsmith – a children’s illustrator, with a little pilot called Tom added to the design.

We also love Eliza’s Owls – designed by a 9 year old. This has been a very popular fun design and is a limited edition print. 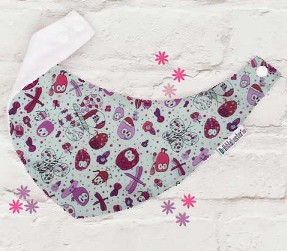 From their very beginnings, Liberty worked with great designers – from William Morris and Gabriel Dante Rossetti in the nineteenth century to Yves Saint Laurent and Dame Vivienne Westwood in the twentieth.

Fact: Did you know the Liberty store was constructed from the timbers of two ships: HMS Impregnable (formerly HMS Howe) and HMS Hindustan. The frontage on Great Marlborough Street is the same length as the Hindustan. It is a Grade II* listed building.

To make use of all the natural light, the shop was engineered around three light wells. Each of these wells was surrounded by smaller rooms to create a homely feel. Many of the rooms had fireplaces and some still exist. 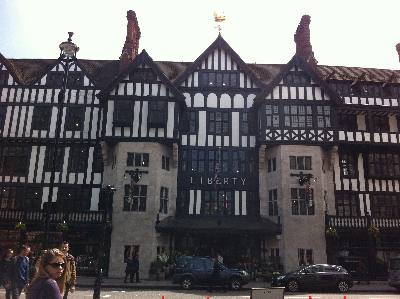 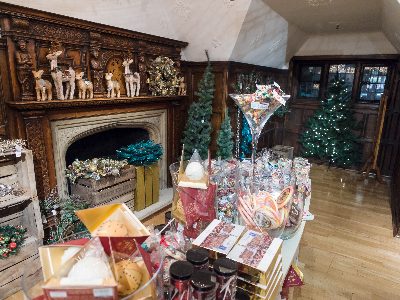 “I have known about Liberty since I was a young boy. My mother used to order Tana Lawn fabric and make us outfits. The store is so beautiful” and its history is so rich.” Manolo Blahnik

Our goods are made in
Great Britain